For all asbestos related concerns in the Hamilton and Glasgow areas, ATG, Artex Asbestos Testing kit Hamilton should be your first call working with local Glasgow rubbish clearance companys.

Our office located in Hamilton, this means that our team who specialise in Artex and contaminated Asbestos materials. Our services are local with immediate access across Hamilton.

Testing kit and certification for peace of mind.

Asbestos is a term for a group of minerals made of microscopic fibers.
Before its dangers were known, asbestos was often used in buildings for insulation, flooring, and roofing and sprayed on ceilings and walls.
It is now banned in the UK. Buildings constructed before the year 2000 may still have asbestos in them. However, if your property was built after this time you can do renovation, plastering, and painting and decorating work with no worries.
Artex, asbestos testing kit Hamilton will provide advice and peace of mind by giving you a certified UKAS certification.

The Health and Safety Executive website has lots more information about asbestos.

The symptoms of asbestos-related diseases take many years – even decades – to appear after the original exposure to asbestos.  So exposure a long time ago might only be showing up as a disease today. Call today for  a certificated quote for a home survey, by  Artex, Asbestos testing Hamilton

Everyone is exposed to asbestos at some time during their life. Low levels of asbestos are present in the air, water, and soil. However, most people do not become ill from their exposure.

People who become ill from asbestos are usually those who are exposed to it on a regular basis, most often in a job where they work directly with the material or through substantial environmental contact.

Hamilton is a town in South Lanarkshire, in the central Lowlands of Scotland.

ATG has been serving the local community for over 20 years.  It serves as the main administrative center of our business.

It is situated on the south bank of the River Clyde at its confluence with the Avon Water. Hamilton is the later county town of Lanarkshire which was preceded anciently by Lanark.

The town of Hamilton was originally known ! as Cadzow or Cadyou(Middle Scots: Cadȝow, the “ȝ” being the letter yogh), pronounced /kadyu/. During the Wars of Scottish Independence the Hamilton family initially supported the English and Walter fitz Gilbert (the head of the Hamilton family) was governor of Bothwell Castle on behalf of the English. However, he later changed loyalty to Robert the Bruce, following the Battle of Bannockburn, and ceded Bothwell to him. For this act, he was rewarded with a portion of land which had been forfeited by the Comyns at Dalserfand later the Barony and lands of Cadzow, which in time would become the town of Hamilton.

The large scale asbestos industry began in the mid-19th century. Early attempts at producing asbestos paper and cloth in Italy began in the 1850s, but were unsuccessful in creating a market for such products.

Canadian samples of asbestos were displayed in London in 1862, and the first companies were formed in England and Scotland to exploit this resource. Asbestos was first used in the manufacture of yarn, and German industrialist Louis Wertheim adopted this process in his factories in Germany.

In 1871, the Patent Asbestos Manufacturing Company was established in Glasgow, and within the following decades, the Clydebank area became a centre for the nascent industry. 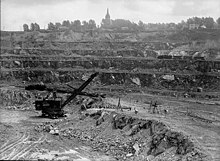 Industrial scale mining began in the Thetford hills, Quebec from the 1870s. Sir William Edmond Logan was the first to notice the large deposits of chrysotile in the hills in his capacity as head of Geological Survey of Canada. Samples of the minerals from here were displayed in London, and excited much interest With the opening up of the Quebec Central Railway in 1876, mining entrepreneurs, such as Andrew Stuart Johnson established the asbestos industry in the province. ATG provide testing for JD decor plasterers and decorators The 50 ton output of the mines in 1878 rose to over 10,000 tons in the 1890s with the adoption of machine technologies and expanded production.[For a long time, the world’s largest asbestos mine was the Jeffrey mine in the town of Asbestos, Quebec.

ATG Provide testing to Glasgow based painters and decorators and plasterers in Glasgow at discounted rates.

Artex, asbestos testing Hamilton, A.T.G are here to provide Artex and asbestos test kit throughout Glasgow and surrounding areas. To local Glasgow Businesses.  Contact us now for peace of mind.